"Experience" of the eternal? "The Inquiry" as another form to becoming? And contradictions of K

Anoyne ““experiencie”” a state of inmersive atentión? With the eyes closed like K? And in the darkness and silence You “see” a vislumbrant formless ligth? Or something rare but it’s something ligth… I Say that because un ocassions i got a state of atencion and when I closet the eyes and i inmerse in the atention i can perscive something like ligth or something strange, formless? But something changes and the darkness of atention and closed eyes change and You can percive something more??? I hope i not caugth in a ilusión of the self …jaja… But in the case i not a ilusión … What is the point of Inquriry if percive the “eternal” doesnt need work of though and intelect only Aware,observing, atention and in the silence and darkness of atention “with closed eyes’ the ‘’“eternal”” is. Because i belief and i hope not ilusiones by the ego,blablabla… It’s the only way to percive the '““strange ligth””" and if You see is very lógic and solid razonable “”“”“process”“”“” in very quites. I saw this because the Inquriry to empty the content of counscioness like wounds,beliefs,fear, violencia,guilt etc. Maybe is a trap of the mind of seeking a permanent and ilusory state of silence, and the empty of counscioness is not a permanent “insigth” or state, maybe is a continious and flowing “process” process of empty the counciouness like a farol in the darkness sea put the ligth on every ship “like atention” but the sea flows and more ships coming and the farol need to put the ligth again. Like observing process when,you understand? And maybe the permanent insigth doesnt exist and maybe it’s a trap and ilusión of the mind to get a proyected secure permanent state of atention and silence, this is dangerous because K something sustain the insigth is permanent and other times he says “insigth and next insigth” like a not permanent process but continuos or changing flowing process. I Say this because maybe only exist the temporal insigth and maybe the Insigth is the “process” of Aware,observing,atention. And in great silence and atention a formless ligth which is the eternal taking place. Maybe is the only process…Setting the Inquiry absolute inncesary and a wasting of time or ilusión of becoming. And maybe K it’s distortioned or polluting his mesagge with other aspects like his talks or inquirys. I say this because maybe the core ir central point is Aware ,observing, atention,silence and with closed eyes the eternal is. Setting the Inquiry and the other “aspects” innecesary and becomings process. I Say this because sometimes K changes his quotes and propositions and contradicting himself saying the oposite of he saying a past time. You understand what i triying to Say? And another point it’s his contradictory belief of " if You not end the content of tour counciouness You back again of the stream of counciouness Maybe it’s a total falacy and dogmatic belief like buda belief of reincarnation i Say it’s a belief because in first place there is no permanent insigth because he is still obserbing what is the point of observing if You have a permanent insigth? And K until his dead is continue observing so his counciousness it’s nevera permanent empty only temporal empty, and makes the belief "of back again to the stream if You not empty your counccioness* a total falacy and self deception of K ,because the counccioness it’s never permanent empty only temporal empty, and makes the permanent insigth a ilusori search of security and permanency. So My point it’s K has a several contradiccións and maybe deceptions and beliefs, and he’s message it’s not clear at all ,what do you think?Tell me please. 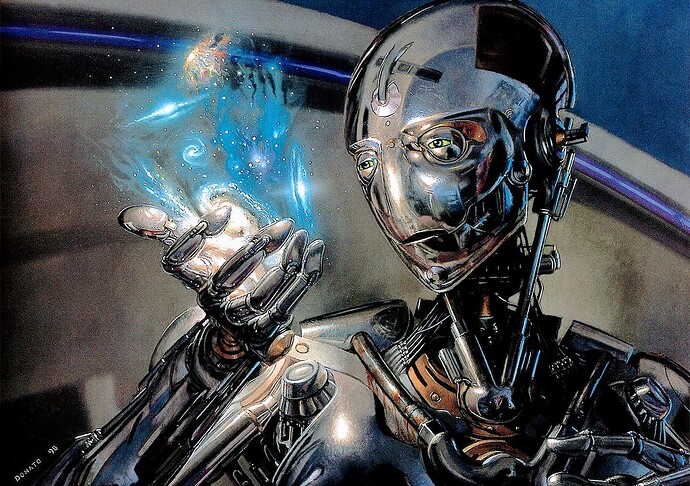 Total insight into thought has a permanent effect. Now whenever thought arises, it seen as merely thought. The awareness of our thoughts arising will probably continue to happen throughout the rest of our life - although intermittently.

Total insight into thought has a permanent effect.

(Channeling Inquiry, but the capitalization is all mine):

Do you know this or Know it?

Awareness sees through the hitherto unquestioned thinker/ thought separation. Without that duality intact there is no one to react to the thoughts that arise. The pleasure derived from the ‘pleasant memories’ in the ‘past’ and the suffering derived from the ‘unpleasant images’ of what MAY take place in the ‘future’ , both disappear with the ending of the thinker/thought fiction. With the understanding that ‘time-travel has no place in the mind.

Total insight into thought has a permanent effect.

Do you know this or Know it?

Well I can’t really know whether an effect is permanent/lasts forever because I haven’t been there. So I just want to qualify that I was mirroring the language in the OP - because that was what I was trying to interact with.

So I’ll say it again : The realisation that experience is completely self-induced is not easily forgotten - both mentation and emotion continue to function, but they no longer have the same density, power of reality.

This seems very clear to me. I feel able to back it up logically, and experience appears to confirm it. And my game here is to see if we can arrive there via dialogue - dialogue which also confirms that I have no magical powers.

We know from experience that in little realizations, partial insights, our reality undergoes the change that comes with seeing for the first time what one has habitually recognized. This change is “permanent” in that there’s no going back, even though the next partial insight will change everything again.

The idea of “Total” is still puzzling for me.

I would say that the death of the self is always total. and the insight into self that brings about psychological death (the stopping of the movement of fear) also needs to be total.

But this idea that the goal is to never have emotions again, or for us never to be completely caught up by some point of view again - is certainly not any state of affairs that I have experienced.
And the idea that this goal of “constant equanimity”, arises via a more complete form of insight and death, remains in the domain of theory for me.

All that we can really question is our interpretation of stuff K said.

A thought experiment that might help : If we are no longer subject to conditioning, does that mean that awareness (of habitual thought processes) is no longer necessary?

to me there is a big nonsense of K because awareness is always flowing never permenanent , and maybe the problem is K itself whith this contradiction , because you see not have logic if one no longer conditiong why one still awareness

I say conditioning remains, and awareness is always necessary - but awareness is not constant - as with any brain state.
I don’t think anything K says contradicts this.

I think that I am also mirroring the Teaching by saying that awareness only arises when we have an insight into the necessity of awareness - necessity due to the realisation that the suffering self is a self perpetuating process.

Who expressed “this idea”? Who would want to “never have emotions again”?

awareness only arises when we have an insight into the necessity of awareness - necessity due to the realisation that the suffering self is a self perpetuating process.

Interesting theory, but you’re implying that we choose to be aware, and it seems to me that awareness is always present when we’re awake, and that it is compromised and distorted by the constant stream of content and conditioned response.

We can’t choose to be aware any more than we can choose to breathe or to circulate blood, but we do choose to believe in our existence as a person, and this means we give greater significance to our conditioned response to what awareness reveals than to what is actually revealed.

but you’re implying that we choose to be aware,

No I’m not - sorry if I somehow gave that impression - choice is a delusion.

choice is a delusion

The first thing that comes to mind is the idea of free will - but in the context of awareness of the self, once insight into the self has occured, its more akin to pulling our hand away from a hot stove (no choice involved)

Would you say that the °mental° process is awareness-observation-attention-and perhaps the eternal?
Because i dont see other way to °see° the °°°°eternal°°°°

in the context of awareness of the self, once insight into the self has occured, its more akin to pulling our hand away from a hot stove (no choice involved)

I wouldn’t know. My hand is still cooking.

Would you say that the °mental° process is awareness-observation-attention-and perhaps the eternal?

I’m having difficulty following : the only eternal whotsit that we might be able to see would be the eternal now

I wouldn’t know. My hand is still cooking.

You don’t seem to have a high opinion of the conditioned, self-centered mind. Have you ever sat down quietly and experimented with awareness? The problem of course being the lack of fireworks and special experiences with this kind of practise. Its boring and feels useless.