You cannot perceive if you do not ask the right question - and a right question has no answer, because it needs no answer. It is wrong questions that invariably have answers.
Bombay, India | 1st Public Talk 23rd December 1959

If perceiving what-is entails asking the right question, the mind identified by its beliefs, values, and self-esteem can not perceive what-is because it is not a freely inquiring mind. It is a mind that is bound by its fabricated identity and imagined reality, and cannot ask a question that threatens or undermines these illusions. It is a mind that is not interested in what-is because it is committed to what-should-be. For all intents and purposes it is a blind mind, stumbling and lurching through life, experiencing only what it knows, what it expects, what it recognizes.

Its not like we don’t know what were doing. It’s not like we don’t have a conscience. This puzzle is what we might assume is what to examine, but we are not talking about life as a concept, we are looking at ourselves. What we do is manipulate thought to our own purposes. Or to put it another way, we selectively follow thought to our own ends. We make it conceptual to bypass looking directly, immediately at ourselves. Look at oneself, and you see where you are, what you are doing, and what you are thinking. See there is thought occupying the mind. Not, what is the content of my thoughts, not what are the ins and outs of my ideas, but carefully, attentively, see this movement of thought for oneself. Questions will be obviously caught up in thought. Then you can see the fundamental nature of questioning is not in the field of thought.

the fundamental nature of questioning is not in the field of thought.

But if thought doesn’t articulate the question, the right question can’t be asked.

So its always the right question, or maybe the wrong question, and you choose, right.

I don’t know what you mean by this.

According to K, the right question is rhetorical.

Hopefully this is using the word rhetorical to mean : having the desired effect.

As in asking a question that reveals a situation.

A rhetorical question is one that needs no answer.

Asking a question can come from the questioning, and this is not knowing, not a process. Or it can come from knowledge, and there are categories of the known derived from a process of thought. 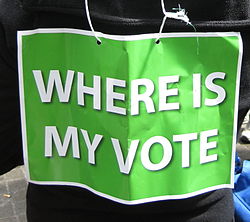 A rhetorical question is one for which the questioner does not expect a direct answer: in many cases it may be intended to start a discourse, or as a means of displaying the speaker's or author's opinion on a topic. A common example is the question "Can't you do anything right?" This question, when posed, is intended not to ask about the listener's ability but rather to insinuate the listener's lack of ability. A rhetorical question may be intended as a challenge. The question is often difficu...

So - the “house is burning”…but you are going to get to the bottom of the ‘true’ meaning of the word, ‘rhetorical’?.. Are you serious?

K “Don’t think this is imagination, or some flight of fancy, or some desired mystical experience; it is not. It is as actual as the bee on that flower or the little girl on her bicycle or the man going up a ladder to paint the house–the whole conflict of the mind in its separation has come to an end. You look without the look of the observer, you look without the value of the word and the measurement of yesterday. The look of love is different from the look of thought. The one leads in a direction where thought cannot follow, and the other leads to separation, conflict, and sorrow. From this sorrow, you cannot go to the other. The distance between the two is made by thought, and thought cannot by any stride reach the other.”

Kinfonet is a society of course - albeit in miniature - and every time I forget that someone such as yourself comes along with their moral judgement and quotations from sacred texts and reminds me.

Unfortunately I am the most correct, even when discussing Mickey Mouse

Isn’t it a ‘right’ question to ask, how can I never be hurt psychologically again? Important not only for myself but important, because if I can be hurt, I will hurt others? K addressed this in a short video someone put up in another thread. He addressed it very forcefully. Not with a method but with a change in relation to oneself as an insult is received? A total awareness or ‘attention’ brought to that moment. It occurred to me that this also applies to psychological thinking in general as thought serves up one image after another, that they have to be met with this awareness…or contain this awareness / attention in themselves?

…you can hardly expect me to take things seriously if you’re going to fool around like this.

Go and sin no more.

Therefore if you know what the right question is then you are already heading in the wrong direction.

Yes, if we are looking at this in the same way, there is no direction. There must be a ‘dropping’
of everything. No accumulation. The description isn’t the described. Thought/time wants to ‘hold on’ probably for security. I may be wrong here but the description of the eagle’s flight, “leaving no trace” seems as good a way as any to describe the movement of ‘life’ and the freedom from the known…

Here’s a question - how can the mind get away from asking itself the same rhetorical questions that it has been asking itself for thousands of years?

It stops asking that when it sees that the only way to not be hurt is to be nothing that can be hurt. To not be attached to anything. That only the mind that is innocent cannot be hurt. The mind that is “empty” can meet the new with the new. If there is a self-image, it will get hurt. (And it will hurt others)…How can I become ‘innocent’?, how can the ‘contents of consciousness’ be emptied? There can’t be preparation can there? Preparation like analysis prolongs the hurt and the suffering. Nothing can be done.

Society is put together by thought. It is an ersatz reality based on social mores and conditioning. It is the collective mind. So what question would society ask that would undermine itself? Because to do so could be dangerous.

A really interesting question. However, if one looks at that so-called society, one sees that this society has been asking itself questions all the time to supposedly undermine itself looking for a change that doesn’t need any more changes (which we all know have caused multiple wars and conflicts century upon century).

Now when one asks “what question would society ask that would undermine itself?”, What does this question actually ask? What is the actual meaning of “undermining itself”?

And on the other hand, if we take the well-known concept of “Rising from the Ashes” it can be seen that the term “ashes” refers to the past, so what arises from those ashes is never new.

So the mind is always stuck in the past: “that didn’t work, but now that we’ve learned from our mistakes this is going to work for sure” … only to find that “this” didn’t work either, so we go back to activate the cycle.

Now is there really a question capable of stopping once and for all the incessant cycle of “error / change based on that error / error again”? Or is the society’s mind trapped in that pattern and there is no way out of it no matter how many questions it asks to itself to undermine itself and bring about some eternal change?

Therefore if I can ask, is there actually a question for that so-called society capable of generating a non-cumulative answer that changes everything once and for all without changing anything?

Or is the society’s mind trapped in that pattern and there is no way out of it no matter how many questions it asks to itself to undermine itself and bring about some eternal change?

Krishnamurti is talking about ‘silence’, dying psychologically to one’s past and to not accumulating in the present…For ‘society’ to become at all interested in that, they would first have to at least hear about it

If the absolute freedom K spoke of isn’t possible without knowledge of K and his teachings, then K is God. But K said not to make an authority of him and that truth is a pathless land, so the awakening of intelligence, freedom from the known, selflessness, wholeness, etc., cannot depend on knowledge of K’s teaching.