More on K’s Life: In the Presence of Krishnamurti; Mary Zimbalist

Yes, have read sometime back. Very revealing of different facets of K (mostly mystical) which cannot be gleaned just from the teachings.

How do we know that what she said was the truth and not what she wanted to see in Krishnamurti?

I deleted this reply because some believe that K did not write At the Feet of the Master, but Leadbeater did.

K himself asked Mary Zimbalist to write the memoirs which are nothing but day to day happenings ( from her diary) while she was with K.

" In the Presence of Krishnamurti: The Memoirs of Mary Zimbalist is the direct result of Krishnamurti asking Mary to write about what it was like to be with him. Mary struggled to write this account for more than two decades. I was concerned that, with her frail health and slow progress, she might not complete this task for which she cared so much. To try to help her, I suggested that she and I recount our memories of Krishnamurti to each other, and record them." Scott Forbes

Originally presented as an online subscription service, In the Presence of Krishnamurti: The Memoirs of Mary Zimbalist is now free. It presents the transcribed and slightly edited versions of the 100+ sessions of Mary reading her daily diaries and discussing them. Audio clips, where Mary speaks particularly passionately or poignantly, are included. Learn more about the project here.

So glad Scott Forbes and Mary Zimbalist could get this together. What a refreshing look at K!

To add some facts-

Scott Forbes is known for his efforts to scrape a few $$. He first tried to peddle something called " a holistic education curriculum". When that didn’t pan out he tried this memoir thing. And as to Mary? Well, a bit of diligence will lead you to facts.

I mean, ya know, how mankind distorts information as it goes through the filters of gossip, especially when you put womnenkind into the picture. This is common knowledge, isn’t it? And if the women involved think of themselves as daughters of zeus, ay ay ay, you may forget all about accuracy

This is just gross sexism.

This is just gross sexism.

Sir,
You cannot distort a well know fact, otherwise referred to as “common knowledge”, by distorted labeling, simply because you wish to attack me or ‘bring me down’ in any way possible.

However, I empathize with your situation and can understand why you would still want to do so, in spite of our history. Hopefully you will get over it. Also, when you do, and are ready to discuss seriously and sincerely, minus any reactive distortions, you will find me willing to participate. Take care of yourself.

So they waited until K was dead and then published the so called “Biography of K”. How clever.

K wanted to see somebody around him to write a biography of him so that he could read it. Otherwise what good was it? In part of the so called Biography Mary makes a superstitious character out of K as if k believed in anything!

I’m still reading this, but what I find most interesting is all the shopping that went on. As you read through it, I’d recommend Googling to see what modern day prices are. In issue 6 Charvet shirts were listed and also couple of nights at Claridge’s Hotel in London. M: " The next day I cooked lunch, and then of course [chuckles] in the afternoon we went to Lobb for shoes and Charvet for more shirts." Issue 6

A average house in 1960s was 12,000 today it is 400,000. What are you trying to get at? Do you live in a communist country that everything is owned by a corrupt regime and people should be poor?

As far as Mary zimbalist I happened to meet her in one of the Ojai gatherings. She was a fun woman to talk to but you could not see any perfume of the teachings in her. She was very superficial even though one of her leg was wrapped up heavily. Over all a nice lady but not a person to create an image of K correctly … 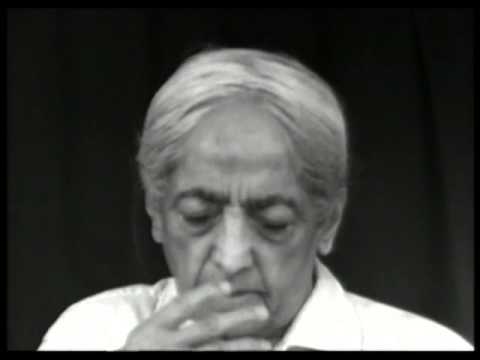 A fascinating video about our relationship with money. Interestingly, at minute 11 he talks once again about observing a tree in silence.

Has knowledge become like money? The more I have of it, the more secure I feel? Has the brain mistaken constant “occupation” with money, experience, entertainment, etc with ‘security’ out of the fear of being simply quiet? “Empty”? Afraid of being in that state of ‘just looking’?